You are shopping for a shirt and trying on a couple to decide which one suits you better. Or taking a tour of an apartment in Porto you want to rent this summer. Or what if you are in the market for a new coffee table and instead of flipping through pictures in magazines, you want to see how it looks in your living room. These are all possible scenarios we might encounter at one point or another. Now imagine you can do it from the comfort of your own home without having to visit any of those places. What’s the catch? AR and VR applications. Today we take a close-up look at the prospects of Augmented Reality in business, its benefits, and ideas for application.

The sibling technologies, Augmented Reality (AR) and Virtual Reality (VR) are some of the technology trends that are on everyone’s lips this year. From the Olympics Opening Ceremony to Consumers Electronics Show (CES) last month in Las Vegas where tech giants like Facebook, Google, Lenovo, HTC presented their gears. Predictably, Amazon intends to join the game and is rumored to explore AR, and Samsung has products in the works as well.

The Power of Augmented Reality in Business

AR and VR blend the lines between the physical and digital world. They offer a new way of interacting with customers, colleagues, and the world around us. Often referred to as sister technologies AR/VR have an enormous market potential that is only in the initial stages of unlocking. 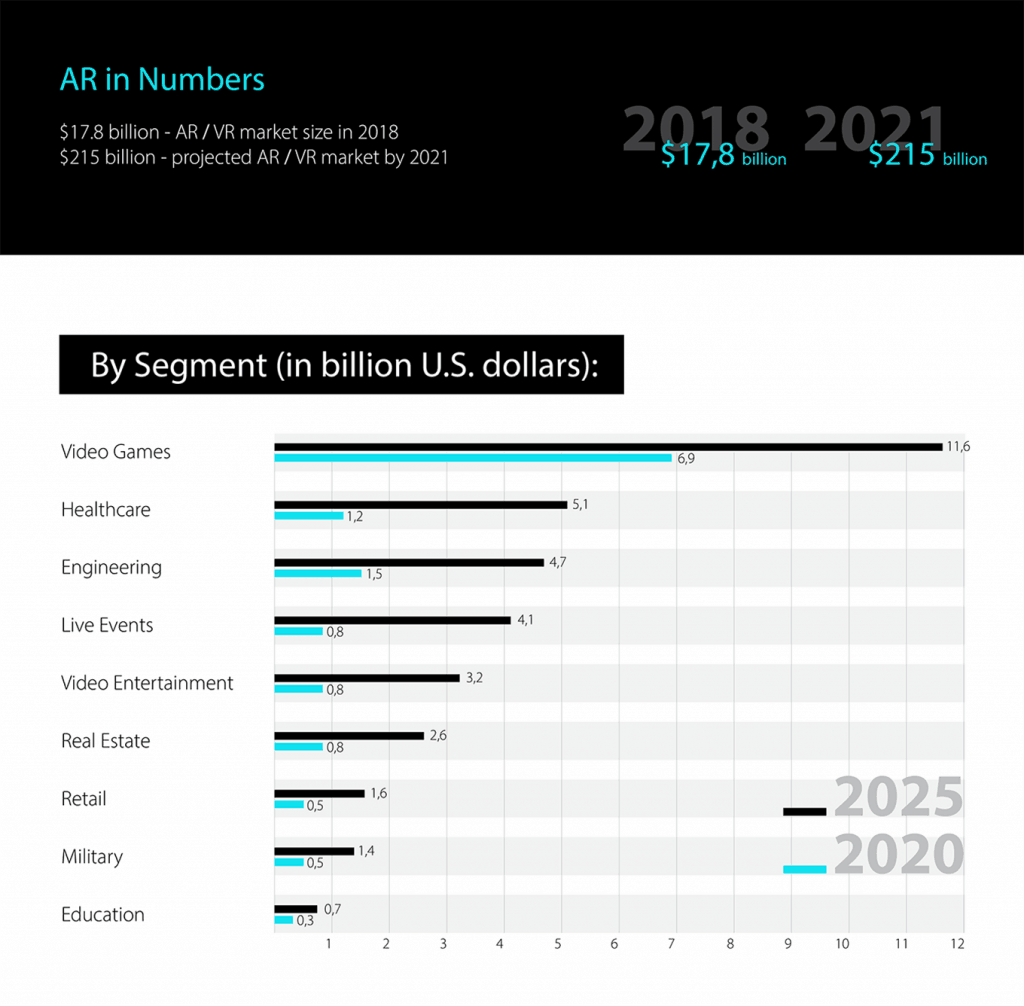 Augmented Reality (AR) and Virtual Reality (VR) are presented via 3D high definition video and audio. Both technologies stem from the same idea of immersing users into a digital environment. But while VR is completely immersive, AR only partly overlays virtual objects over the real world. It uses everyday devices, a smartphone or a tablet, and sensors and market to detect the position of physical objects and then determine where to put virtual ones.

Although the augmented reality is still in its infancy, it has been around for a while now. A Survey of Augmented Reality by Ronald T. Azuma that dates back to 1997 goes into full detail about the possible applications of AR. The author detected at least six classes of potential use: medical visualization, maintenance and repair, annotation, robot path planning, entertainment, and military aircraft navigation and targeting.

Twenty-something years later and tech moguls are all in a race to present the best possible AR experience. And while it’s a long way to go until AR and VR rise to their full potential, current technologies give businesses a lot of opportunities to benefit from.

Though not in its full bloom, augmented reality has a lot to offer. Due to its features, AR in business is considered to be more appealing to the market than virtual reality. 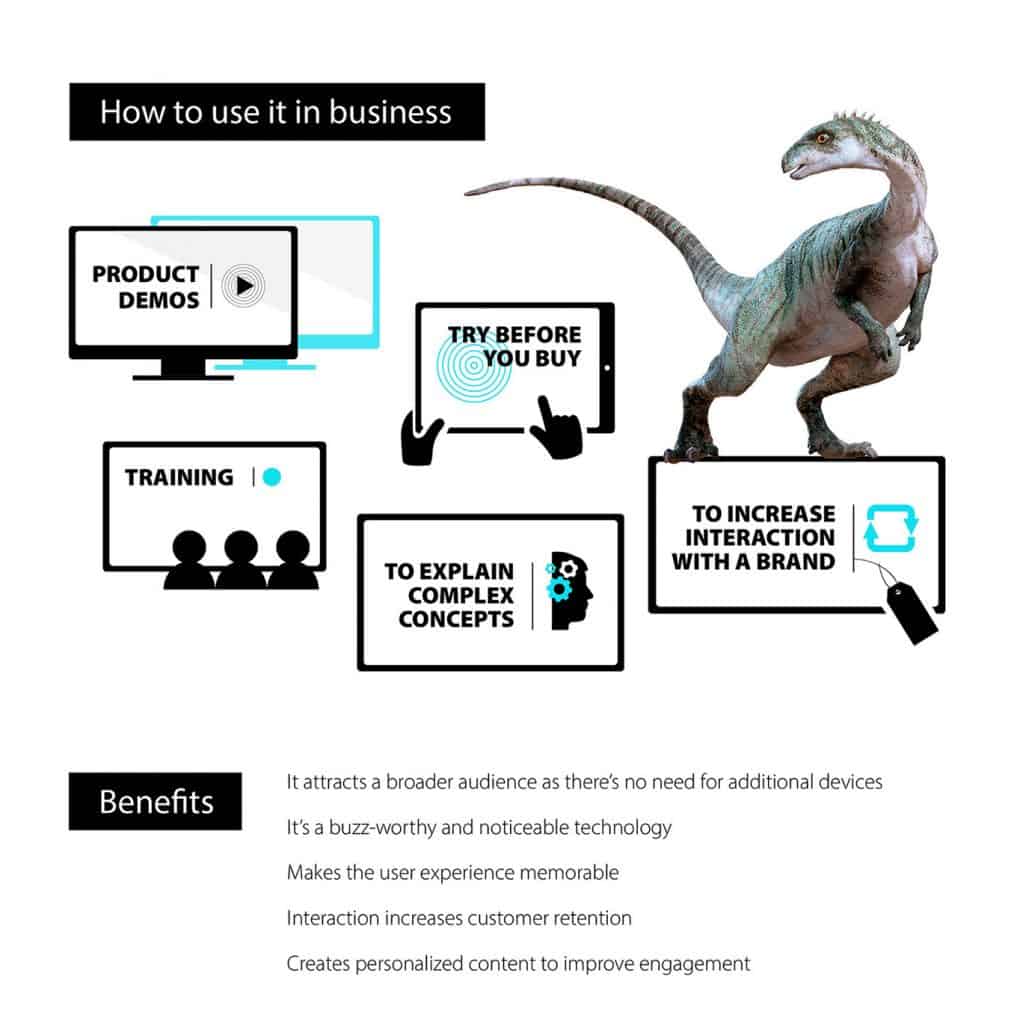 The reason why Augmented Reality in business is much more successful is because of its ubiquity, while VR is more focused. VR’s main forte is in the fact that it completely immerses a user into virtual reality which makes it an excellent tool for gaming or 3D films. According to the report, Augmenter Reality in business can address the market of smartphones and tablets as they both cannibalize and grow it. The possibilities and fields of augmented reality apps for business are great.

“This is only the beginning of augmented reality applications. Here at Perfectial, we are actively involved in studying and implementing the technology. By using augmented reality we were able to contribute to business applications of ARKit and create a couple of concepts.” says Dmytro Skorokhod, iOS developer, and ARKit expert.

Slowly but surely, augmented reality is changing the shape of commerce. Tractica made a prognosis that by 2019 an installed base of actively used augmented reality apps will grow to more than 2.2 billion apps.

Augmented reality can be applied to various industries. One of the most interesting cases come from the following:

Interested in creating AR experience? Check out our Mobile Development Services
Other publications by Elena Storozhkova
Share this blog

Get your free copy

For example: ruby, design, project name
You might be looking for:
Meanwhile, you can check out our cases:
Search results for:
Tell us about you and your project
We'll help you better understand the ROI of RPA implementation
Ask your question and we'll get back to you within a day